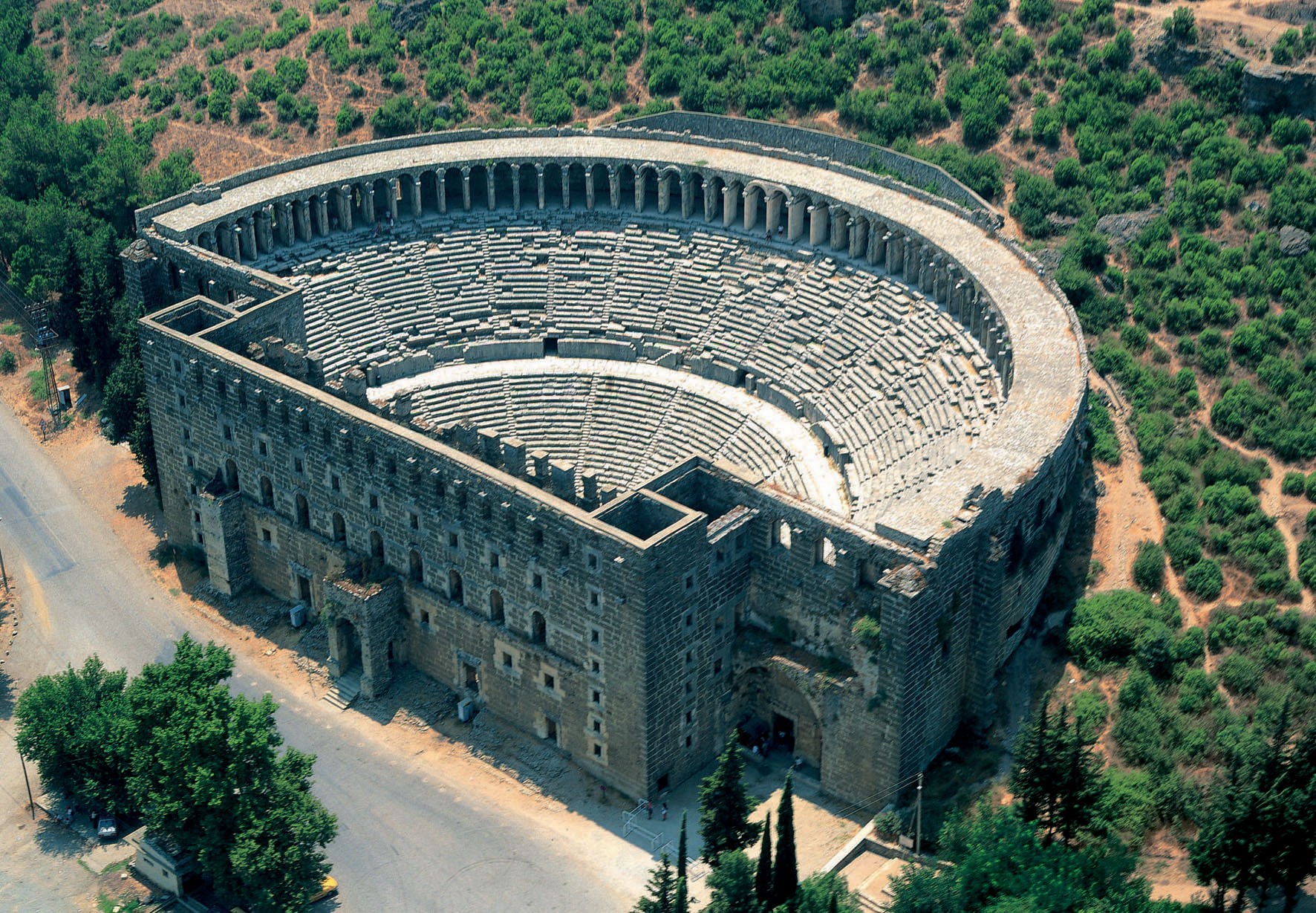 Aspendos was an ancient city in Pamphylia, Asia Minor, located about 40 km east of the modern city of Antalya, Turkey. It was situated on the Eurymedon River about 16 km inland from the Mediterranean Sea; it shared a border with, and was hostile to, Side. 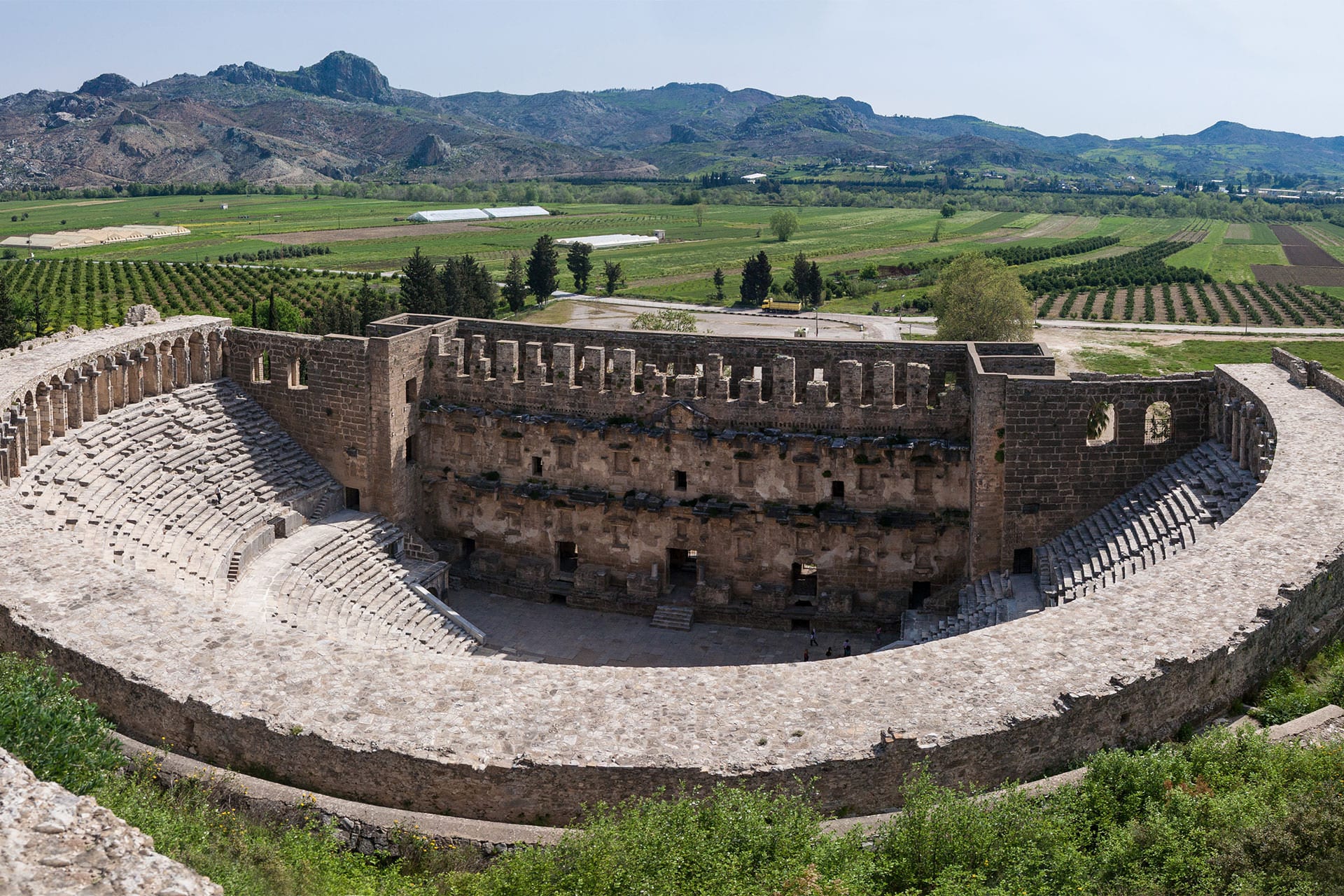 Some scholars associate the city's name with "Azatiwadaya". The known city of that name was founded by Azatiwada of Quwê on his eastern frontier, at Karatepe. According to later tradition, Aspendos was founded rather earlier by Greeks who may have come from Argos. 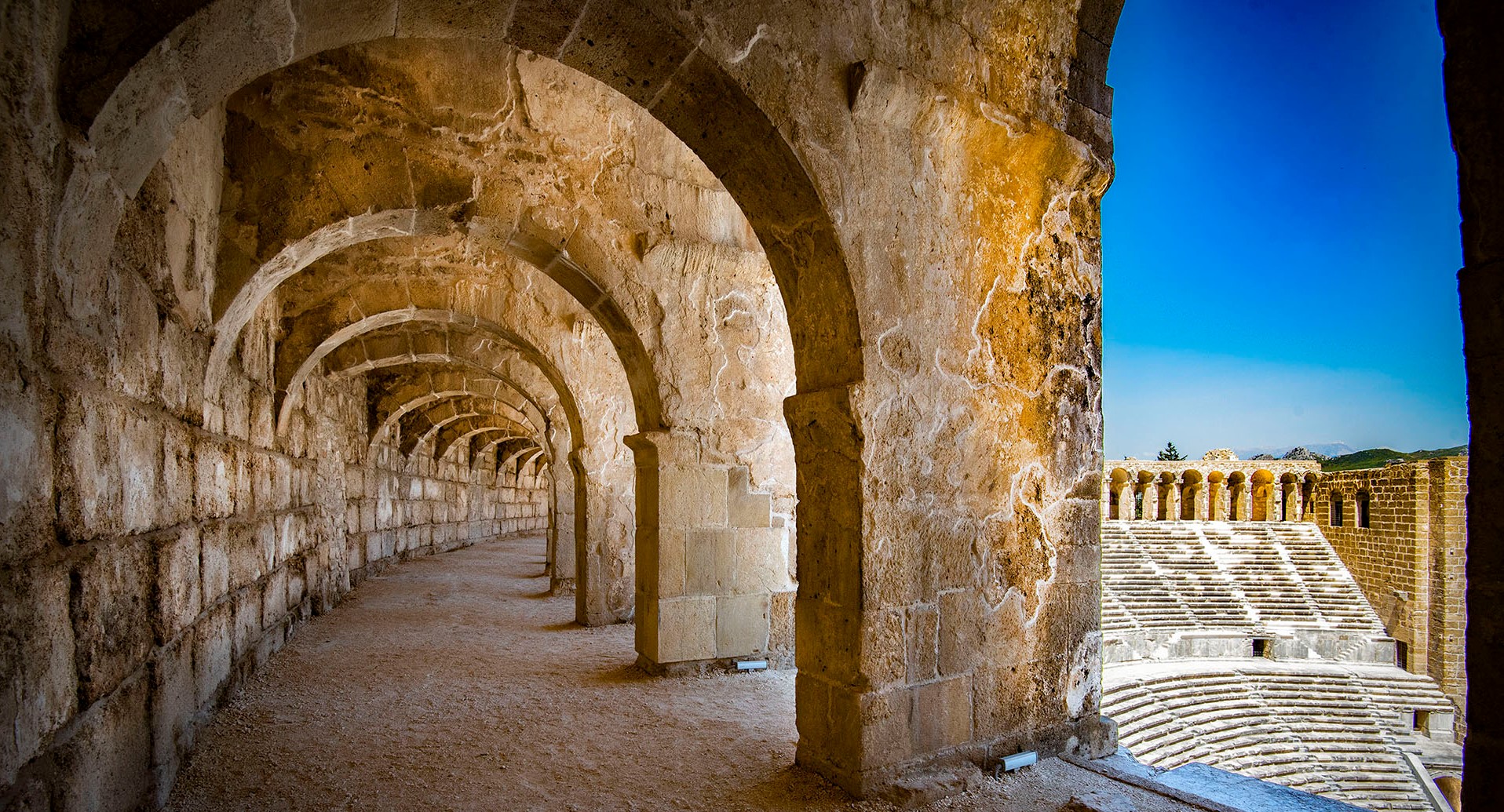 Aspendos is known for having the best-preserved theatre of antiquity. With a diameter of 96 metres (315 ft), it provided seating for 12,000. It was built in 155 by the Greek architect Zenon, a native of the city. It was periodically repaired by the Seljuqs, who used it as a caravanserai, and in the 13th century the stage building was converted into a palace by the Seljuqs of Rum.