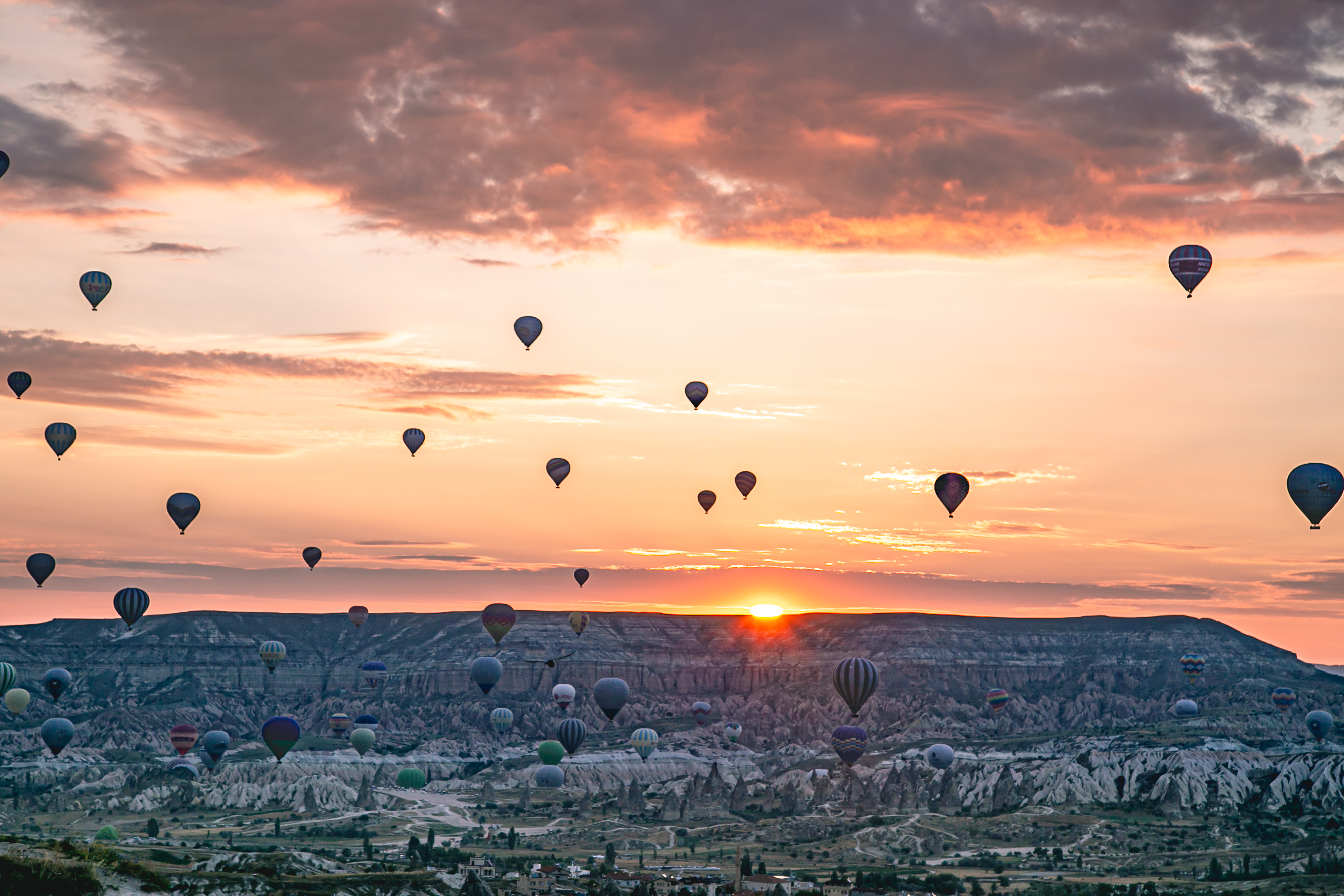 The ancient region of Cappadocia is located in central Anatolia between the cities of Nevsehir, Nigde and Kayseri. 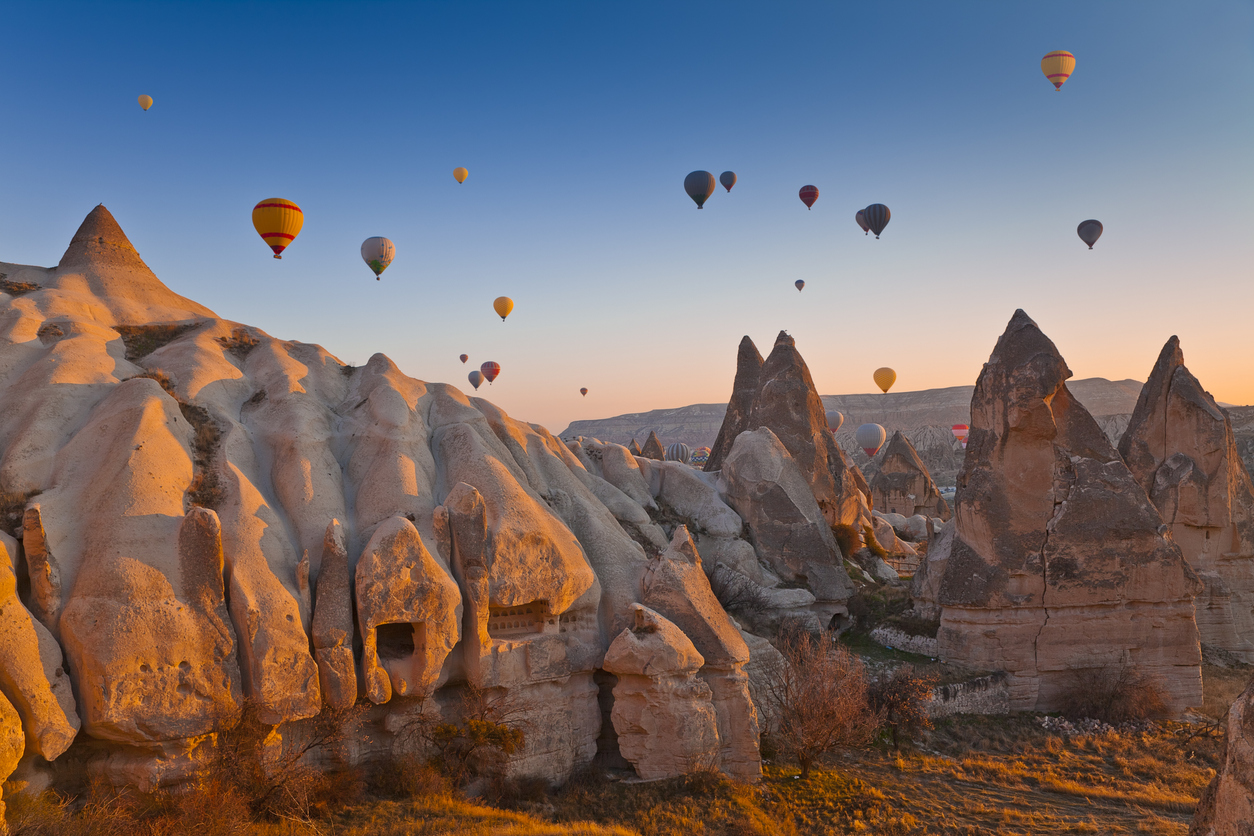 Millions of years ago violent eruptions of the volcanoes Mount Erciyes and Mount Hasan covered the surrounding plateau with tuff. Wind and weather have eroded the soft volcanic rock into hundreds of strangely shaped pillars, cones and "fairy chimneys", in colours ranging from pink to green and yellow. Since antiquity, people have hollowed out these soft rocks, and they have made countless cave churches, chapels and monasteries. 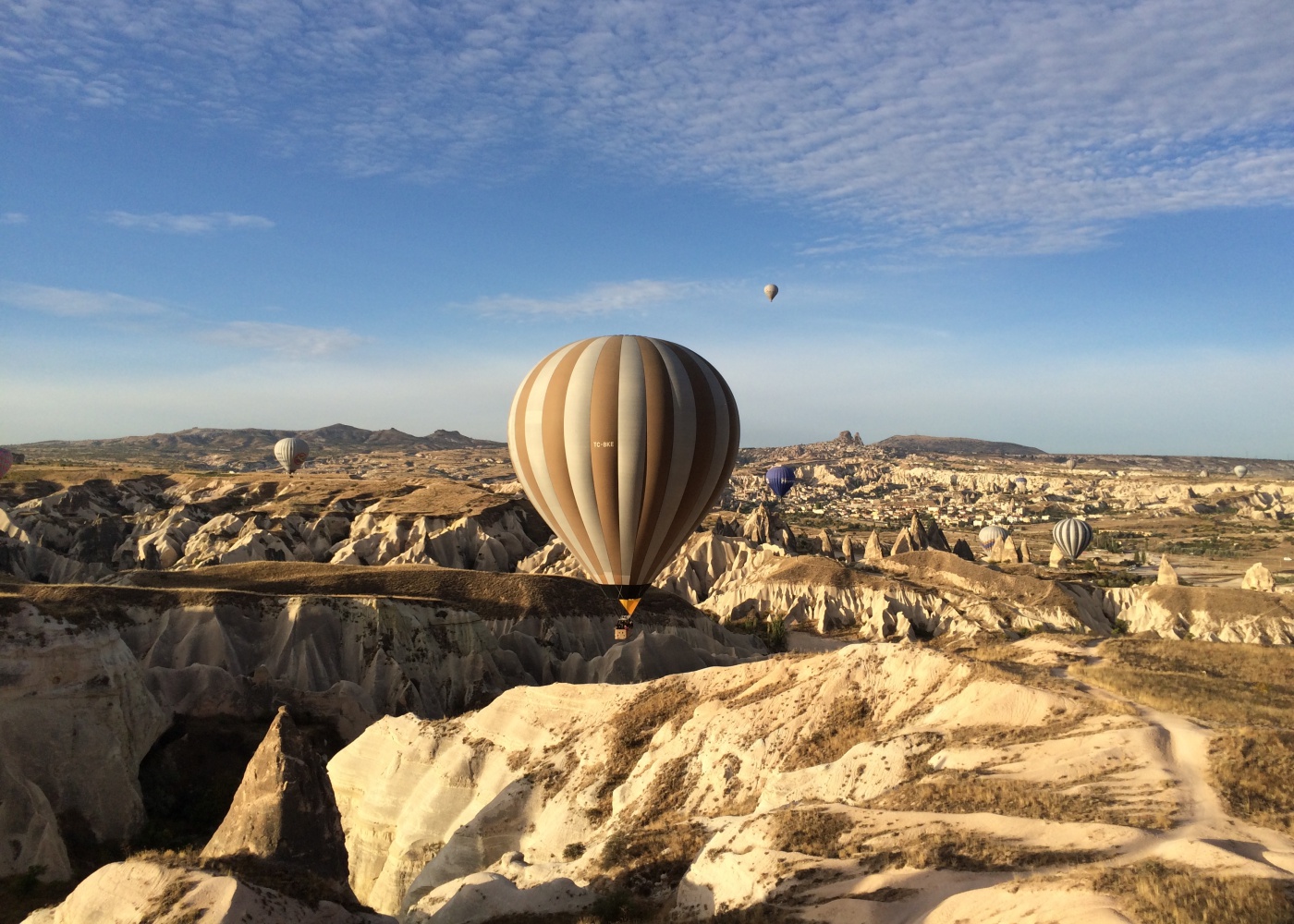