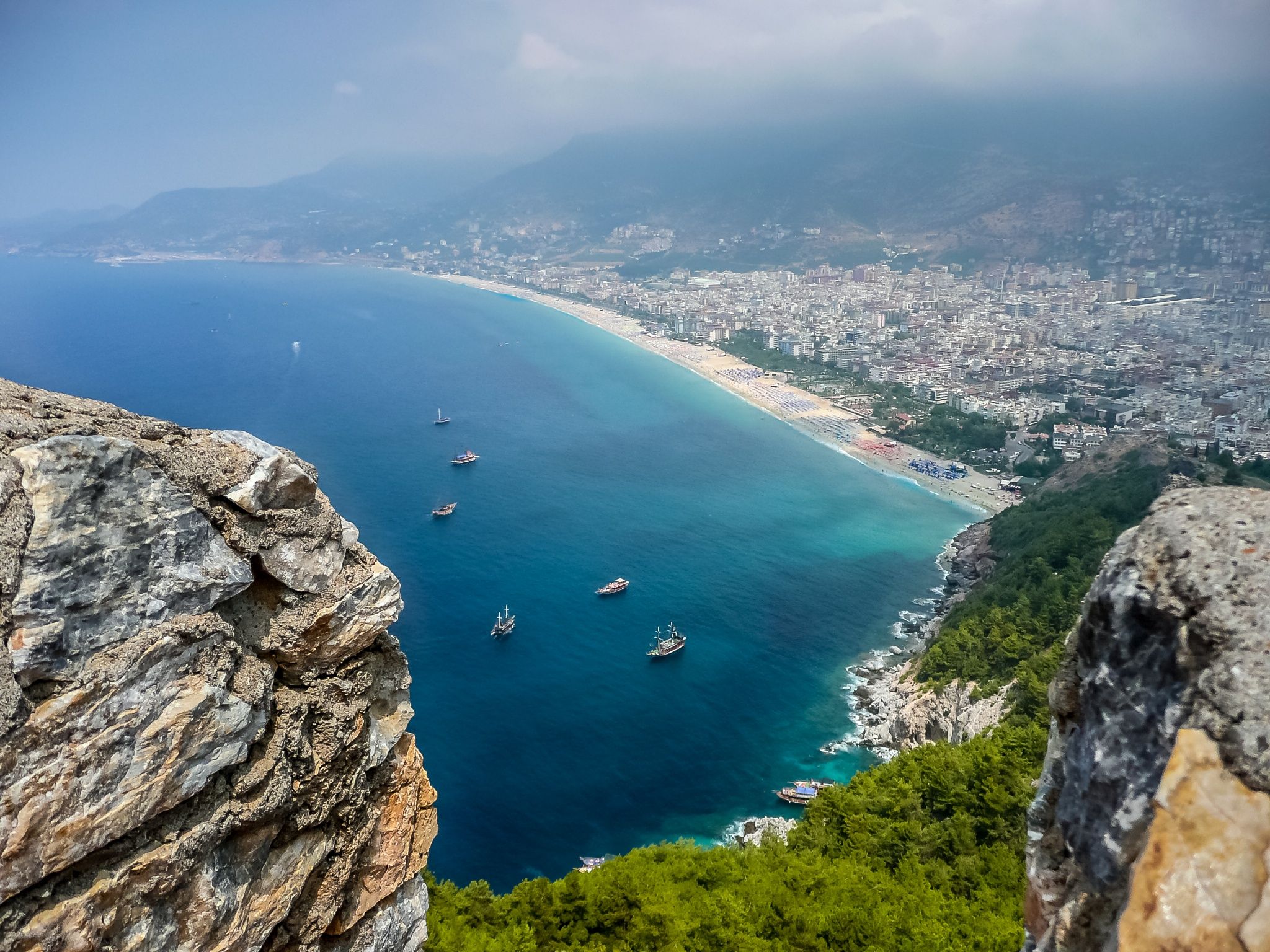 One of the symbols of the southern province of Antalya’s Alanya district, the Cleopatra beach hosts more than two million tourists every year. 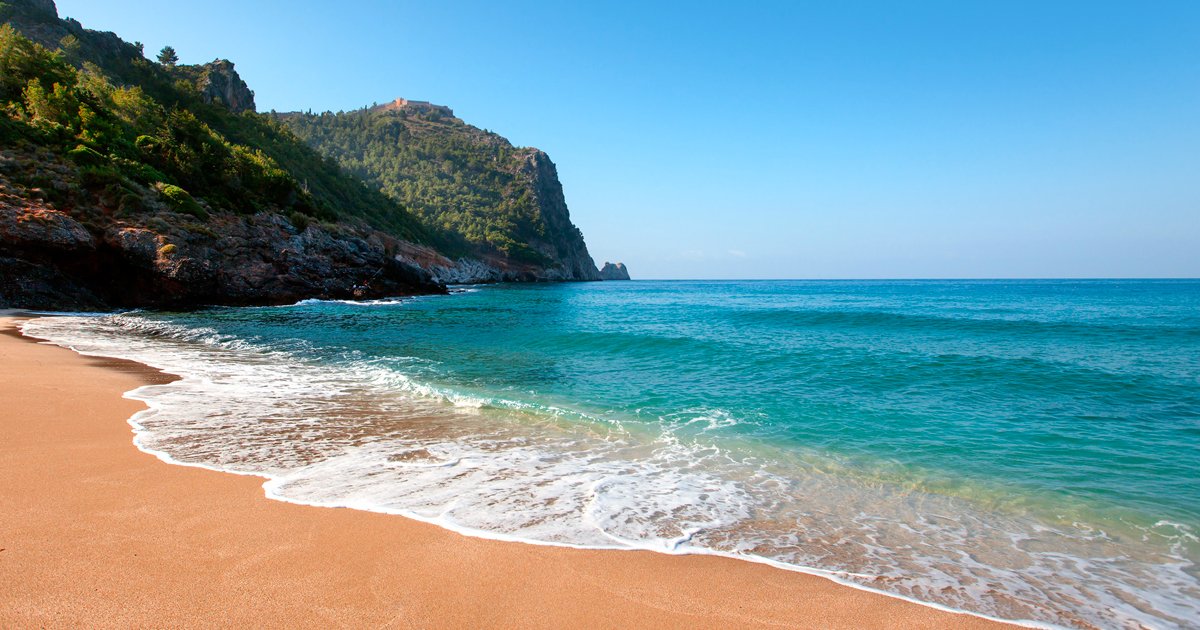 With its historic peninsula, Alanya has traces of many ancient civilizations. The summer capital of the Anatolian Seljuk State, Alanya contributes to the region’s tourism thanks to the beach, which bears the name of the last Hellenistic queen of ancient Egypt, Cleopatra, who lived between 69-30 B.C. She is said to have sunbathed on the beach’s golden sands and to have swum in its crystal blue waters. 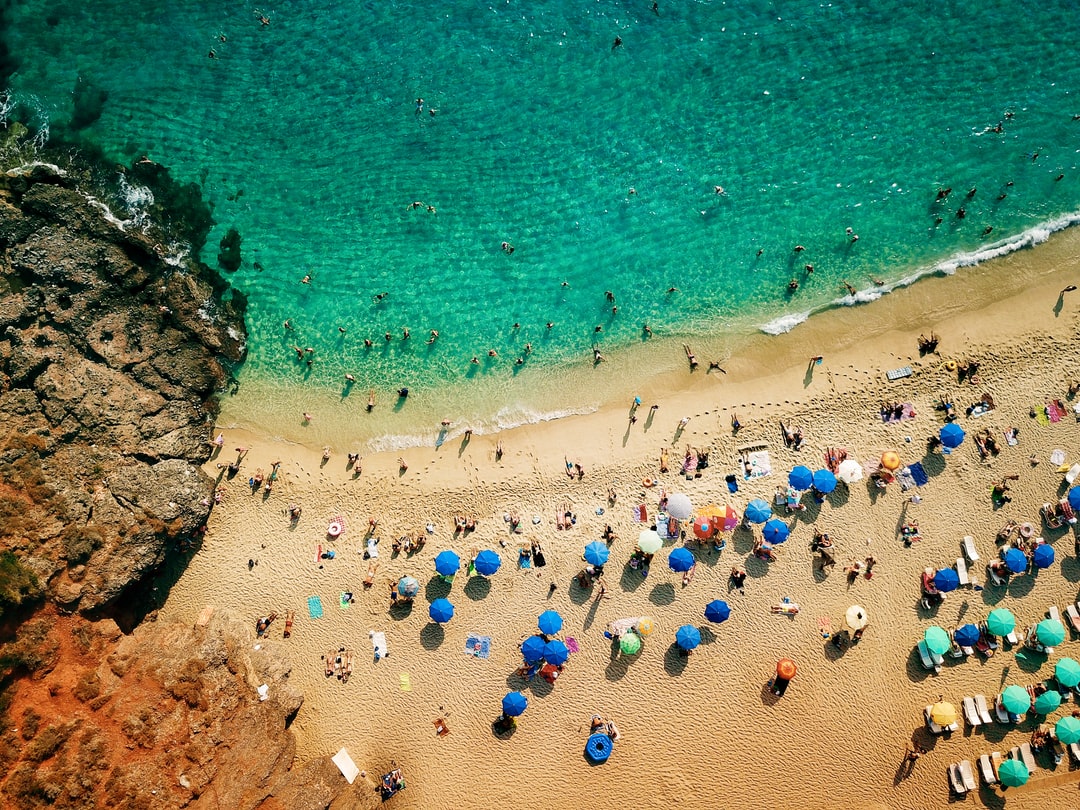 The beach in the city center is one of the most popular spots for tourists due to its golden sand, clean water, and attractive coast. The two-kilometer beach is a fine combination of “sea, sand, and sun.”The castle is located 250 metres (820 ft) high on a rocky peninsula jutting into the Mediterranean Sea, which protects it from three sides. The wall which surrounds the castle is 6.5 kilometres (4.0 mi) long and includes 140 towers. 400 different cisterns were built to serve the castle.