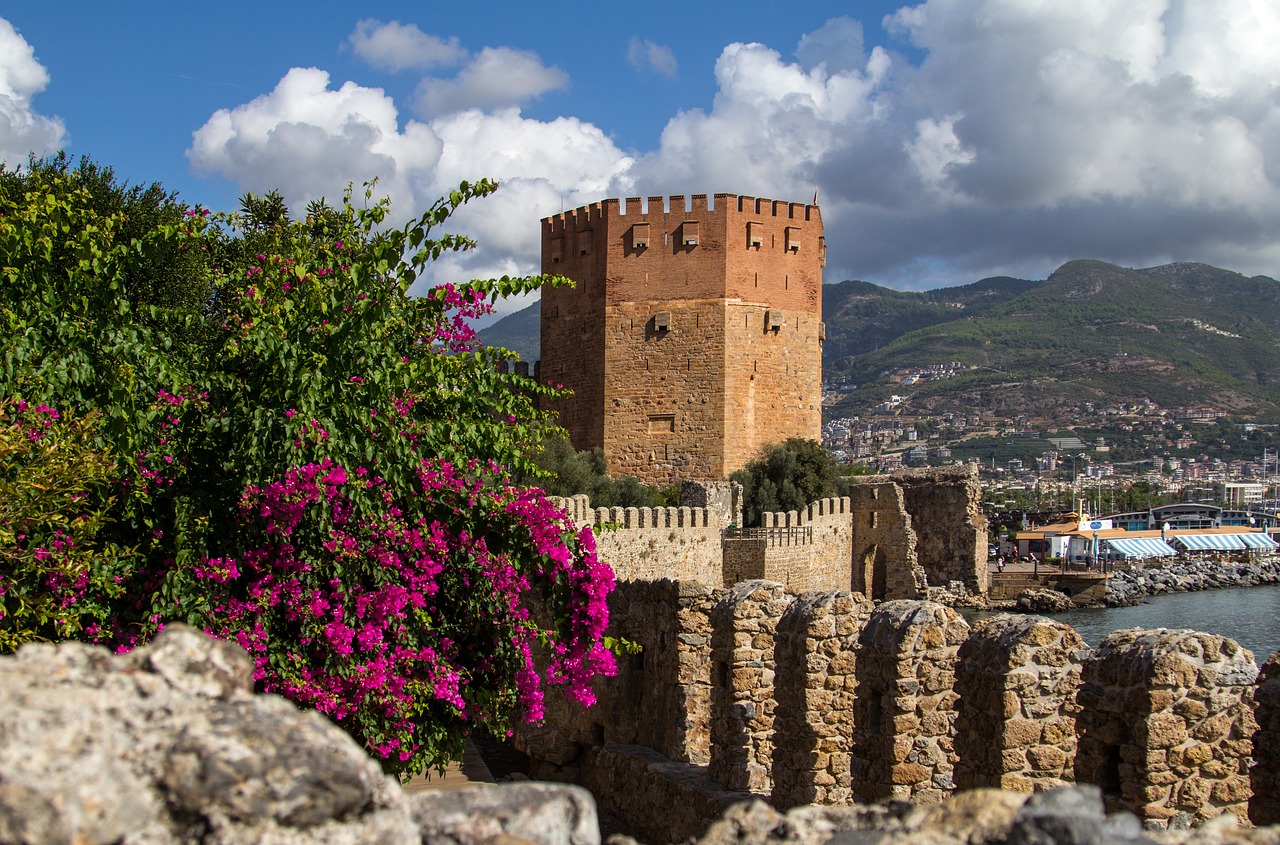 The Kızıl Kule (Red Tower) is a historical tower in the Turkish city of Alanya. The building is considered to be the symbol of the city, and is even used on the city's flag. 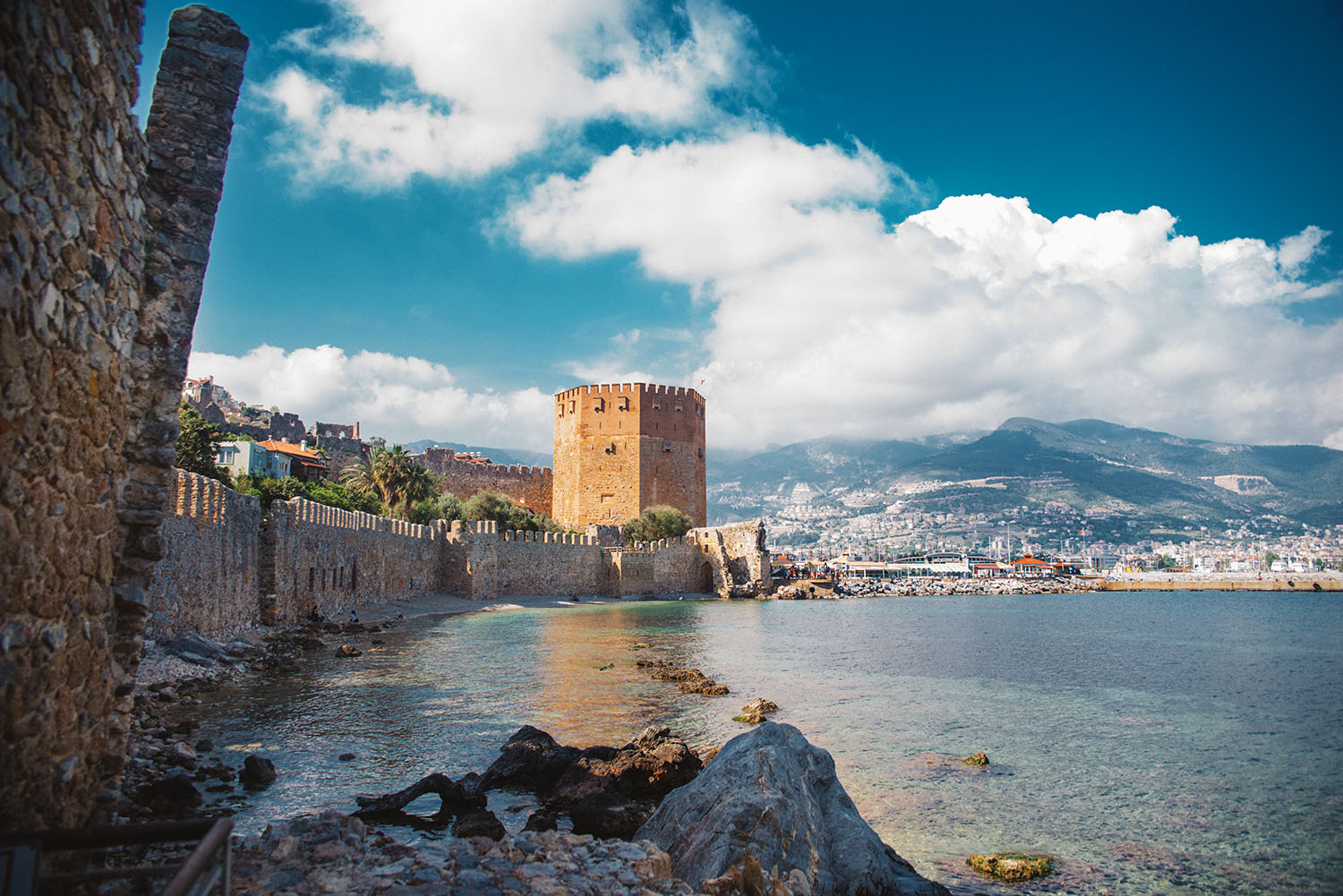 Construction of the building began in the early reign of the Anatolian Seljuq Sultan Ala ad-Din Kay Qubadh I and was completed in 1226. The sultan brought the accomplished architect Ebu Ali Reha from Aleppo, Syria, to Alanya to complete the building. The octagonal red brick tower protects the Tersane (shipyard) which dates from 1221. 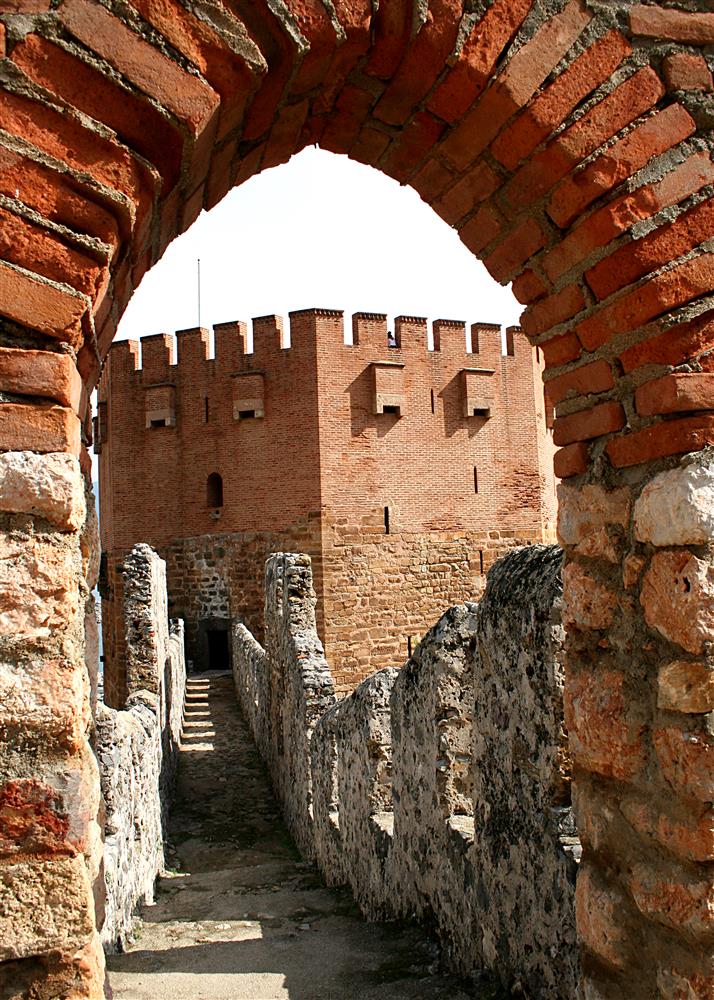 The name derives from the more red color brick he used in its construction. The building itself is 33 m (108 ft) high and 12.5 m (41 ft) wide. It remains one of the finest examples of medieval military architecture, and is the best preserved Seljuk building in the city. Like many buildings in the city, the tower flies a Turkish Flag from its crenelations.he castle is located 250 metres (820 ft) high on a rocky peninsula jutting into the Mediterranean Sea, which protects it from three sides. The wall which surrounds the castle is 6.5 kilometres (4.0 mi) long and includes 140 towers. 400 different cisterns were built to serve the castle.